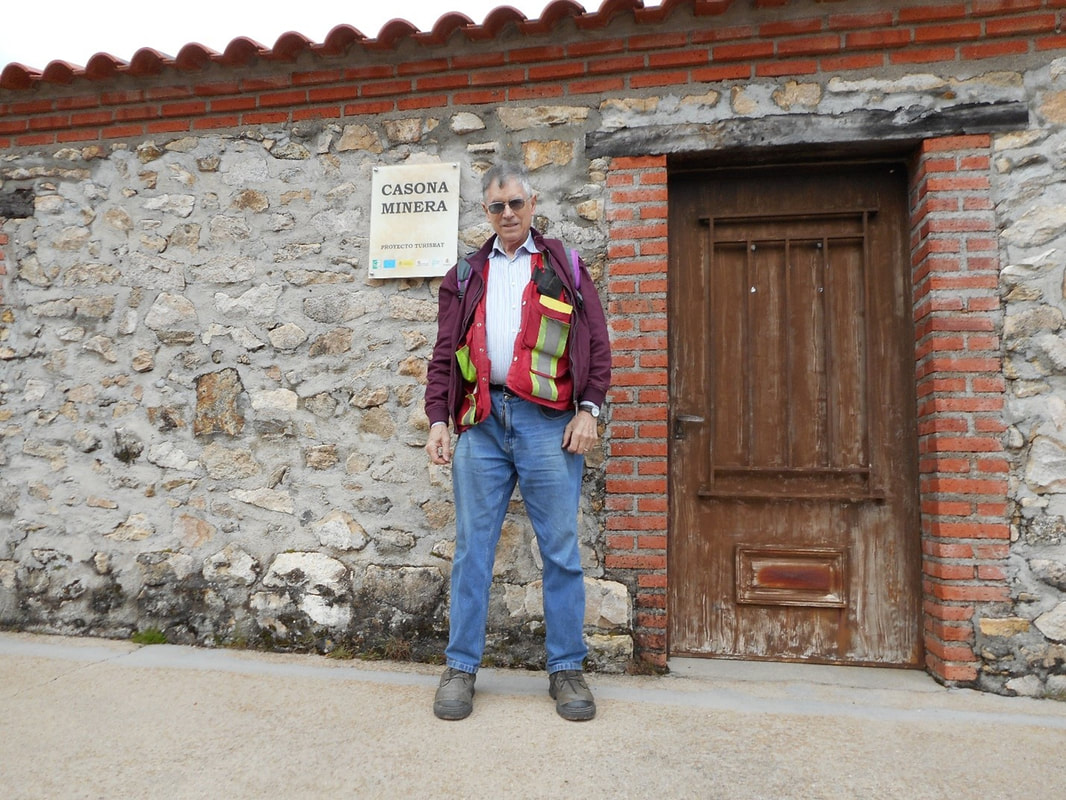 Sean Daly at an abandoned tungsten mine in Spain.
Sean Daly is the son of a well-known BC (British Columbia, Canada) salmon fisherman and he learned his respect for the environment from his Dad and also his love of history and politics. Strong interest in an old mine near his coastal hometown of Pender Harbour led him to university studies in geology and mining engineering. The study of mineral deposits led him to travel extensively in Latinamerica and visit famous mines like Potosi in Bolivia and Chuquicamata in Chile. Recent travel to Ireland, the Isle of Man and Spain made him aware of how ancient the art and science of mining is dating back at least to the times of the Roman Empire in Europe.Discovery of the ancient treatise, De Re Metallica by Georgius Agricola fascinated him with the accounts of the origin of many mining techniques and the use of applied geology in the 1500's in Europe.

In addition, learning from the 'school of hard knocks' at the Highland Valley Copper Mine in BC for 19 years taught him modern mining and geological and geotechnical practices, which he compares with the ancient techniques, in his book, From the Erzgebirge to Potosi: ​A History of Geology and Mining Since the 1500's.

Sean Daly has had over 40 years experience as a geologist, mainly as a mining geologist and his writing began as long letters home when he travelled to Latin America for eight months after graduation in geology and then worked for about three years in a mine in Honduras and an exploration project in El Salvador. He likes to think that these travels were analogous to those of Che Guevara who made a motorcycle tour of Latin America in his youth also and, of course much less than him but similarly, he was appalled by the poverty and the exploitation he encountered everywhere. In Daly's case it showed him the close connection between mining and society, the effect of capitalism on the working conditions and also the key role that the miners play in creating wealth and also defending their rights and relying on their unions to improve their lives. It also impressed him greatly the tremendous ingenuity of the Honduras miners and tradesmen who are, like their Latin American brethren, the original recyclers who turn everyday things into new creations, like 45 gallon steel drums into garage doors for example.

​On the other hand, reading the descriptions of the ancient mining techniques as expounded by Georgius Agricola showed Daly that mining involves the ceaseless creation and resolution of contradictions which give impetus for more effective and less laborious techniques like blasting instead of fire setting to break rock and water pumps powered by water wheels (instead of human labour to haul the water up from underground).
Contact Sean Daly here
Powered by